Rihanna became a billionaire thanks to her business sense. She recently dropped her collection for Savage X Fenty and let the world know the biggest celeb she wants in her show.

Rihanna’s rise in music is on the same timeline as Beyonce’s. When Riri mentioned Beyoncé as her dream collab for the brand, many peeps did not welcome the idea.

In an interview, Rihanna said Beyoncé would take her brand to the next level. The pop star said if anything were possible, she would work with Beyoncé. In a video, when asked who she wants on her Savage show. She said: 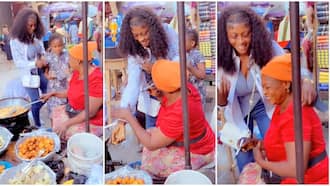 Lady Goes to Market To Celebrate with Vendor Mum after Graduating, She Signs Her Shirt in Great Honour

“Is that a trick question? Beyonce. She got body.”

Many fans were excited by Rihanna’s answer and fantasized about their faves working together. Many others shared ideas for what their collaboration would look like.

Some netizens voiced their concern over Ri’s inclusion of Johnny Depp in her Savage x Fenty 2022 show, as reported by Vanity Fair. The actor was in court against his ex-wife Amber Heard, and some believe he is guilty of abusing her even though he won their civil case in court.

“She’s defs gonna decline after the stunt she pulled with Depp.” 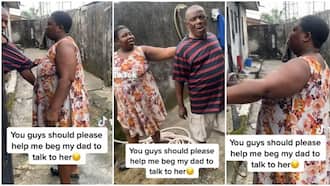 “I hope Bey doesn’t! You already made a disgusting choice by getting that corpse on your show.”

“I want this to happen.”

“Then Beyoncé asks Rihanna to be in her next IVY Park collection. And then they collab and make magic!”

“When they do a Savage x Fenty x Ivy park collab that would be legendary.”

“The way I’ve been waiting for them to collaborate on something. That man kinda ruined the whole Savage x Fenty show but yeah, make it happen.”

In a related Rihanna story, TUKO.co.ke had reported that the US-based Barbados singer had opened up about her favourite postpartum body part and said she was glad she had it.

While attending the Black Panther Premier, the Te Amo hitmaker revealed that she is happy she has a booty now. 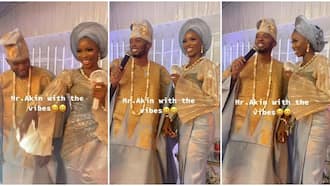 Fans kept commending the 34-year-old musician for getting thick since she got pregnant and started serving impeccable maternity fashion.

“I Will Miss You So Much”: Grandmother Breaks Down in Tears as Her Granddaughter Leaves for School