It is beyond no doubt that the US government is keen on ensuring that there is peace and stability in Eastern Africa and the Horn of Africa.

US Secretary of State Antony Blinken has been keeping a keen eye on the developments in the region.

Against this backdrop, Blinken said he had talked with President William Ruto about the peace situation in the Democratic Republic of Congo (DRC) and Ethiopia. 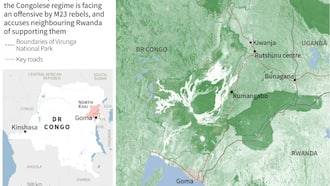 “I had an important conversation with Kenyan President William Ruto on November 13 to discuss ongoing efforts to bring peace to eastern DRC and Ethiopia. Kenya’s leadership on this and other regional security challenges is essential,” Blinken said.

Two weeks ago, the US government lauded Kenya’s efforts in the Ethiopian federal government and Tigray forces in the ceasefire.

Blinken had a phone call with Ruto after the two conflicting sides reached a peace deal in South Africa.

“I spoke to President Ruto today to congratulate him for his government’s role in advancing peace in northern Ethiopia,” Blinken announced on Thursday, November 3, through his official Twitter handle.

The deal aims to end one of Africa’s recent bloodiest civil wars. 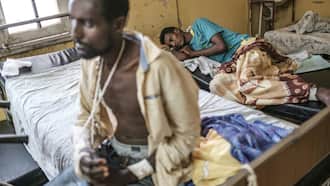 After Ethiopia peace deal, what’s ahead is ‘more consequential’: rebels

According to the signed agreement, the warring parties will cease hostilities, “silence guns in principle” in the Tigray region, and work on ending the two-year-old war “without delay.”

The African Union-led mediation process began on Tuesday, October 25, in South Africa, in pursuit of a peaceful solution to the conflict that has gripped the Horn of Africa’s nation.

According to AU, the two sides agreed to a disarmament plan, unhindered access to humanitarian supplies and resumption of halted basic services to Tigray.

During the event held at the Embakasi Garrison, Nairobi, the president said the move indicated the country’s commitment towards achieving regional peace.

Before concluding his address, Ruto offered to pray for the soldiers.

PAY ATTENTION: check out news exactly for YOU ➡️ find “Recommended for you” block and enjoy!

Zambian Accountant Demands His Adapter Back after Breaking Up With Girlfriend