Amber Ray has spoken out publicly for the first time following her hospitalization announced by hubby, Jimal.

As seen on a post shared by the Somali bae; Amber is seen laying in a hospital bed and from the way she looks – nobody could have assumed that she had overdosed.

In a funny-like statement on Instagram, the socialite assured her fans that this was temporary; but again confirmed that she had indeed overdosed on something that forced her to get medical attention. Through her page Ms Faith aka Amber Ray wrote; 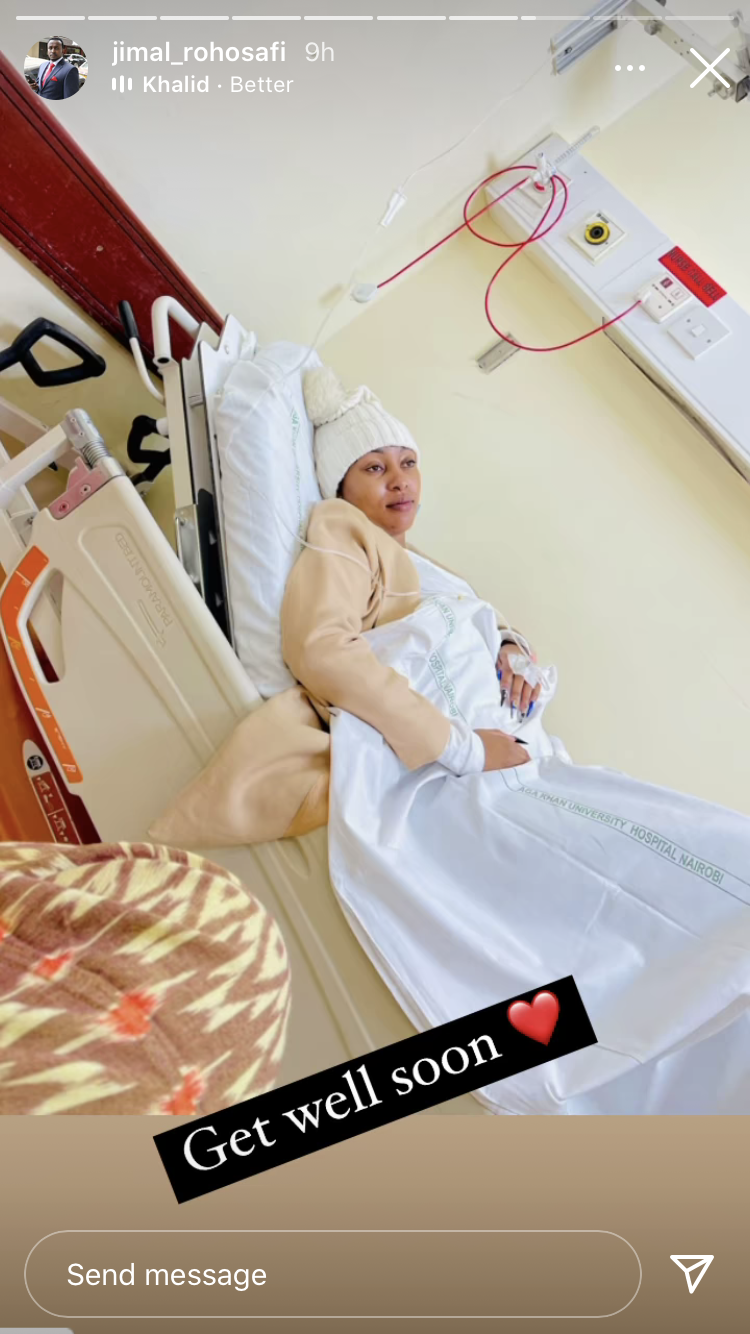 Since Amber’s hospitalization was announced by Jimal Rohosafi; we would like to assume that he was present when his lovely Kamba wife over-dozed. 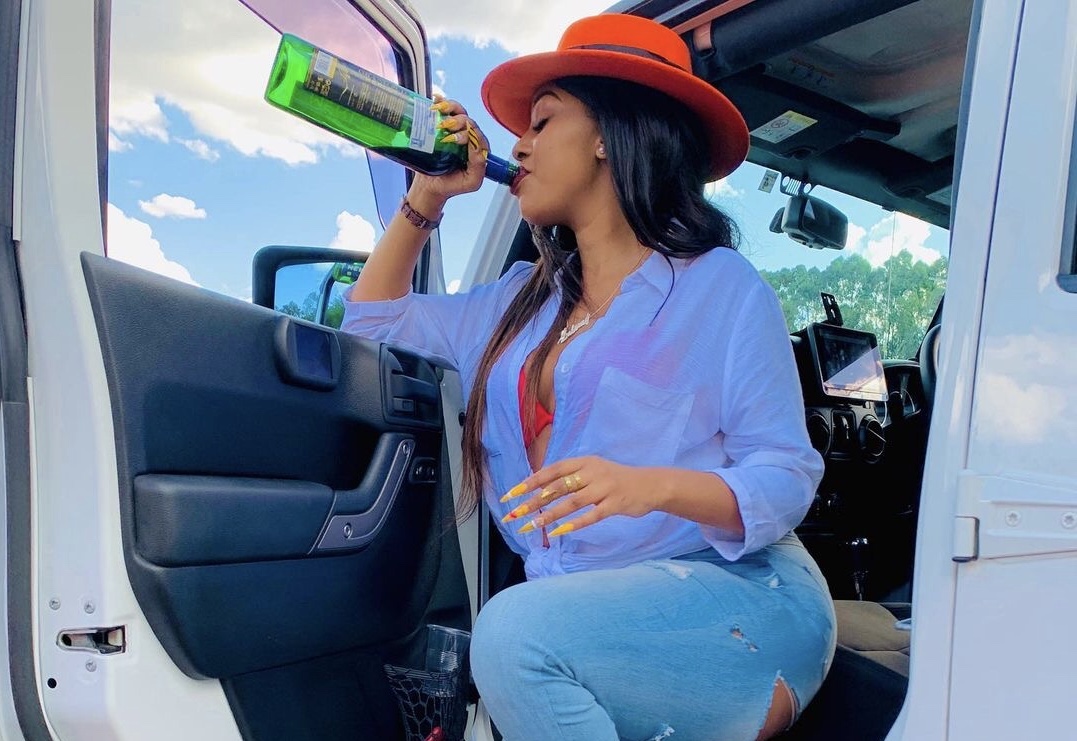 And being birds of a feather; I’m pretty sure this is not the first time either of them is rushing to hospital for some quick dilution. But thank God your favorite socialite is back on her feet; but let’s wait and see how this coming weekend goes.