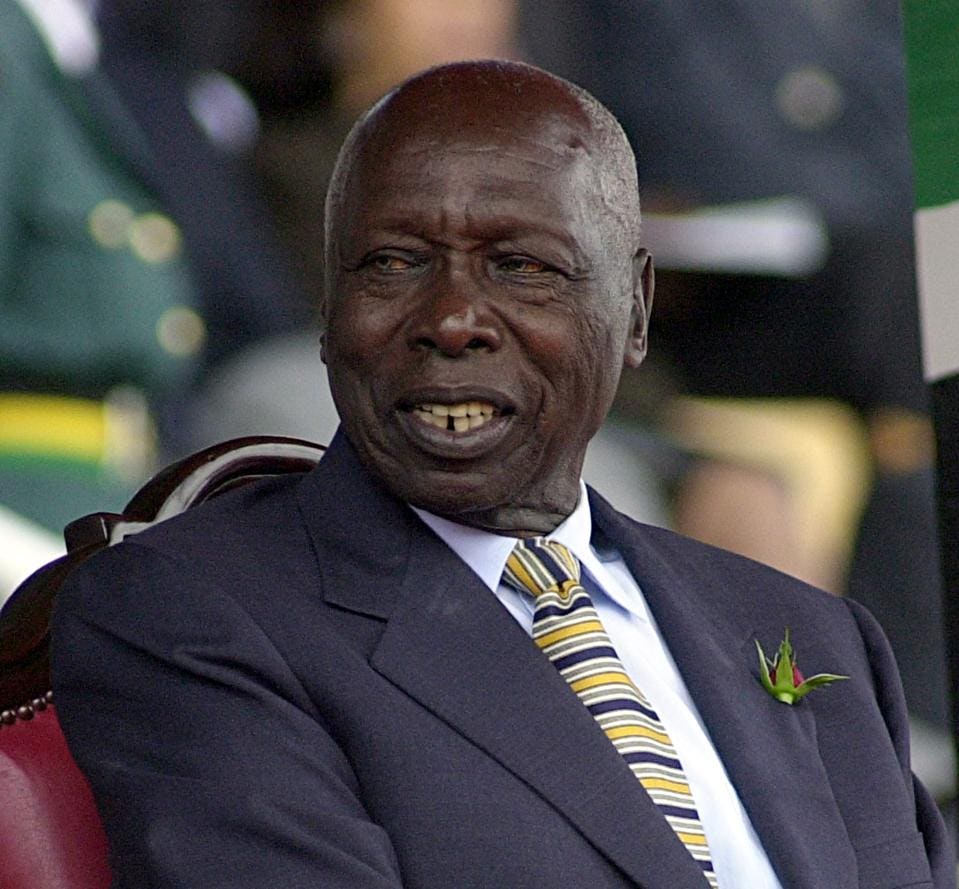 2. His friend, Paul Chemirmir, taught him how to drive a Land Rover, whose number plate read: KFF 82.

4. Former president Daniel arap Moi was inspired by Daniel of the Old Testament, who was thrown in a den of lions by King Darius for defying a decree not to pray to any other god except him. It was was also inspired by the song ‘I dare to be a Daniel, dare to stand alone.’

5. He spearheaded and saw to it that Samuel Ayany, Stephen Kioni and Ignatius Mkok formed the giant Kenya National Union of Teachers (KNUT) in 1957.

7. He represented Baringo Central Constituency without facing a single opponent for 30 years until Amos Kandie showed up during the 1997 General Election.

8. Former President Moi shared a single room in Pumwani with Ronald Ngala (later Minister of Cooperatives and Social Services in the Kenyatta government), Justus ole Tipis (later Minister of State and MP for Narok North), and Jean Marie Seroney (later Deputy Speaker of the National Assembly and MP for Tinderet). ‘Pumu’ in the mid ‘50s was one of the few areas Africans were allowed to rent houses in Nairobi.

9. He was registered as student number 503 at the Government African School, Kapsabet in 1940. He played as a defender in the school team. He also led a strike in the school over bad meat when he was head prefect!

10. He drove cattle for 10 kilometres in exchange for a Bible. Later in life, he would recite whole passages off-head while on long flights in the presidential jet.

President Uhuru Kenyatta issued a presidential proclamation announcing the passing on of the retired President.

The former president died at the age of 95. MAY HIS SOUL RIP!

Relief For Sonko As Court Orders Unfreezing Of Bank Accounts